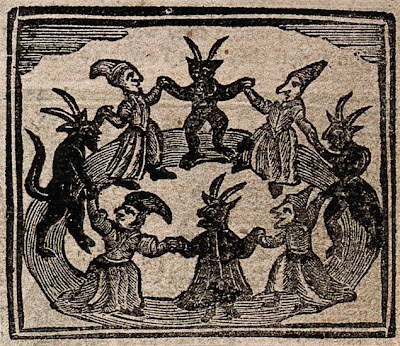 This weekend me and my little girl have been home alone, My not-so-little boy is off to granny and my husband is off with his mates on their annual all-guys golf trip to Spain. About my husband, he hardly ever comments on the scents I'm wearing, neither in a positive or negative way but there is this one note that I know he absolutely hates - patchouli. So I figuered this weekend would be a great time to get out my patchoulies and take them for a test drive.

The first one I've been wearing is a scent that's also, in my household, known as "that smell". My husband picks it out anywhere, on anyone, because he hates with a passion. Since he's done this since long before I became interested in perfume I haven't really given it a chance. It's a very well known perfume and I don't think you can pretend to be a perfumista without having at least tried it on a couple of times. So, I dropped by at my local KICKS, and since I was in a hurry and had my biggest and thickest winter jacket on, the only bare patch of skin I could find in a jif was my decollage, so I went for it and big splash of .... Angel.

I'd really hoped I'd dislike Angel, considering my husbands opinions on it, but no such luck. The sensation of then sitting in a commuter train and have that...thing...whafting up on me from under my clothes invoked a giggly, exhilarated feeling, a similar one I imagine a flasher might have, walking around before the actual flashing, thinking about what a surprise those innocent bystanders would have if they found out what he was wearing underneath his trenchcoat. Except, with a sillage like that the whole train car probably had a very clear picture about what I was wearing beneath my clothes with no need to take them off. Hereafter, Angel will be my own secret little pleasure to indulge in whenever husband's out of town.

And I also feel disqualified to write about what it smells like, because it smells like SO MUCH and I've just tried it this once, but please head over to  the Candy Perfume Boy who has an excellent review here.

Next day I tried on ELdO s Nombril Immense. Another love that I feel is not getting the attention it deserves. The way I perceive it there are two antagonist sides, there is the an obnoxious, mothbally and penetrating patchouli set against soft, sweet balm of Peru. The dynamics of NI makes me think of a tennis match featuring Swedish tennis legend Björn Borg, wearing the colors of the patchouli because of his hairdo and alleged accusations of drug abuse. He's playing against someone I can't say because I don't know any other tennis players, sorry! In this game they look like they are be competing but it's really just a show. They're doing this in order to set each other off, look like they're engaged in a struggle but it's really just a convenient way of looking good in front of girls. I'm not sure if my rantings here makes sense to anyone, but it's a scent I enjoy wearing, nonetheless.

And then, no test round of patchoulis would be complete without Chanels Coromandel. Coromandel is one of the very few scents (I can count 3) that my husband has asked me not to wear when I'm near him. And I'm "????????" How anyone can NOT like Coromandel? But the intro can be a bit overpowering. Think about a spot where your local wicca coven might meet at full moon midnights to harvest the mandrakes needed in their rituals (see the top picture). The roots are ripped from the soil, leaving big black gaping holes in the ground. Coromandel starts like what one of those holes migh smell like. Wet, damp and very black soil. But then it changes...a lot. The patchouli calms down and along comes chocolate and vanilla, the whole concoction morphs into dessert bliss from heaven. If there is any one perfume that I'd like to see rendered as an ice cream flavour it's Coromandel. Seriously, it would be so neat to have a perfume themed dessert parlour. With Fils de Dieu Rice Pudding, Coromandel and Bois et Fruit ice cream and a few more flavours for caramel I'm close to have skeleton for an actual menu :) 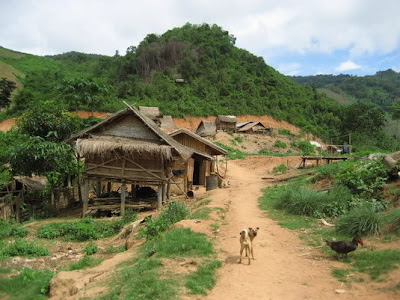 Last of the patchoulis is Serge Lutens Borneo 1834. It has taken me a while to "get" this one, when I first smelled it it was to weird and bitter but now it's awsome. To me, this one is the cosiest, most relaxed scent of the ones I've written about today, it's also the one where the patchouli is most integrated with everything else. It starts out with lots and lots of tobacco. Then comes along that warm and steamy note, the same one that's present in Fumerie Turque and for a very short while in the intro of Boxeuses. In a very no-frills way Borneo 1834 smells like walking around in a small Asian country-side village. It's hot, the humidity is extreme, you can smell the dirt on the roads and the wood the huts are made of. Someone is burning old palm leaves far away, the smoke barly detectable. As it wears it sweetens and it moves toward cocoa. But it's not the obvious chocolate you get from Coromandel, this is unrefined cocoa, dark and raw, complete with a hint of camphor. Righ now, I feel like I could wear Borneo 1834 forever.

In all I have immensly enjoyed my weekend. I often set up goals like "this week I'm only going to wear citruses", or "lets have a Sonoma Scent Studio Marathon this weekend", but this is the only time I've gone through with something like that. Usually I do one scent and then I'm craving something completely differet. But the patchoulis are so NICE. I've felt relaxed and calmed. As the weather is bad I've mostly stayed at home, relaxing, thinking and playing wth my daughter, and the introverted, meditative feel of patchouli has been a great backdrop to that.

Posted by flavourfanatic at 12:57 PM