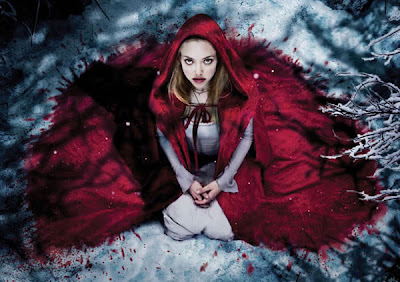 This winter has, so far, been an unusul one in Sweden. It didn't really start until one or two weeks ago, before that, what we had was more of a prolonged autumn. Not that I mind, I'm not crazy about snow as there usually isn't a shortage. But as the real winter is here now, it is nice, at least for a few weeks, to look out and see that familiar view outside the window covered in a thick blanket of whitest snow.

It's very interesting to see how this onslaught of winter is affecting my perception of perfume. It's like the snowfall is distorting the perfumes voices. For better and worse. Some scents that that didn't seem  interesting before now all of a sudden make sense. Others, that I liked during autumn, just don't feel appealing anymore. It's like entering a familiar room in a new light, letting me discover new aspects in my perfumes that I wouldn't have seen otherwise. And this is a most welcome and well timed thing as I suspect the upcoming heating bill will eat my money anyway.

One little gem I've rediscovered is Ambress from Anya's Garden, an all natural take on amber. It starts with a heart breakingly beautiful opening of rose, so dark red it's nearly black. A rose that knows it has just a few last precious hours to live and is thus releasing whatever is in there in a desperate attempt to sway the Grim Reaper to hold off the schythe.

As the scent wears it moves towards a more conventional Amber. There is a spicy side waiting to be revealed, I'm getting cinnamon, cloves and vanilla. There is the classic amber bitterness, sometimes it's herby and sometimes I'm getting the bitter edge you get from real honeycombs. There are some very soft balsams at the very bottom. Sometimes I get an unexpected whiff of something chewinggum-like, maybe jasmine?

Somehow this scent strikes me as very humane. As in every person there is both light and darkness, the same goes for Ambress. There is sweetness in contrast to bitterness, life in contrast to death. If I'd cast is as a person it would be a young woman. Very beautiful but with no end of inner demons waiting to be revealed.

Another point about Ambress it that it goes remarkably well with food! I wore it while having blue cheese and crackers and Ambress took on the feel of an aged, semi sweet sherry. Or a good quality port. I've also had dark chocolate while wearing it during the initial dark rose phase and - OMG! Do not miss out on that combo!


Posted by flavourfanatic at 1:08 PM